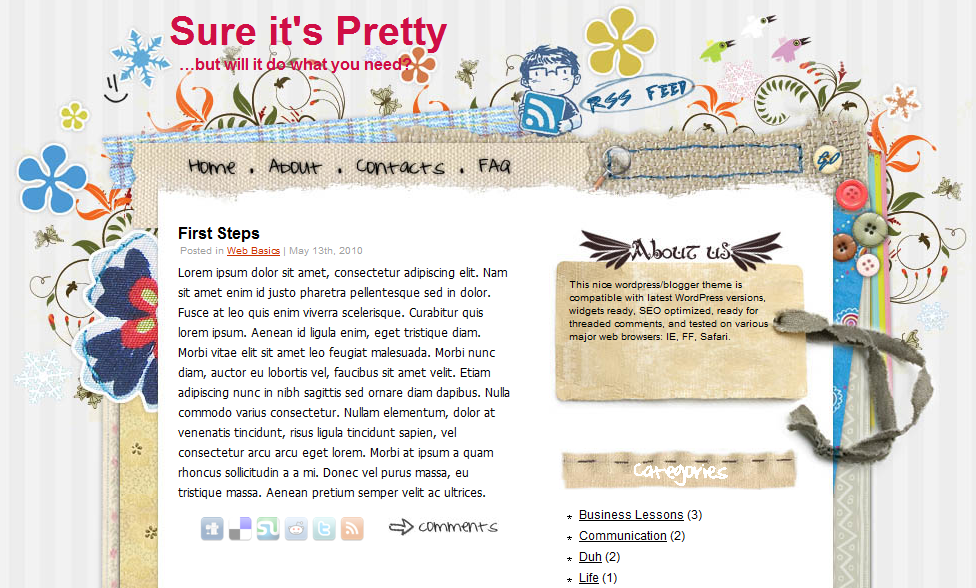 If you own a business, your website’s first task is to leave a positive impression on visitors. A very, very close second is to explain how you can help.

An interior designer friend wanted a theme that matched her bubbly, quirky, colorful personality. She found one adorned with doodles, fabric, needlework, buttons, and color that met those criteria beautifully. One day she asked me for some help with her blog.

I pulled up her site. “That’s cute. I like how you called your landing page ‘Hmoe.'” I asked.

“What do you mean?” she replied.

She looked, then cringed. “Where do I go to change that?”

I skipped through the dashboard to find that she had not misspelled something. I started digging into the theme, and I found several problems.

My friend is now on at least her second replacement theme. Time will tell how long that one lasts.